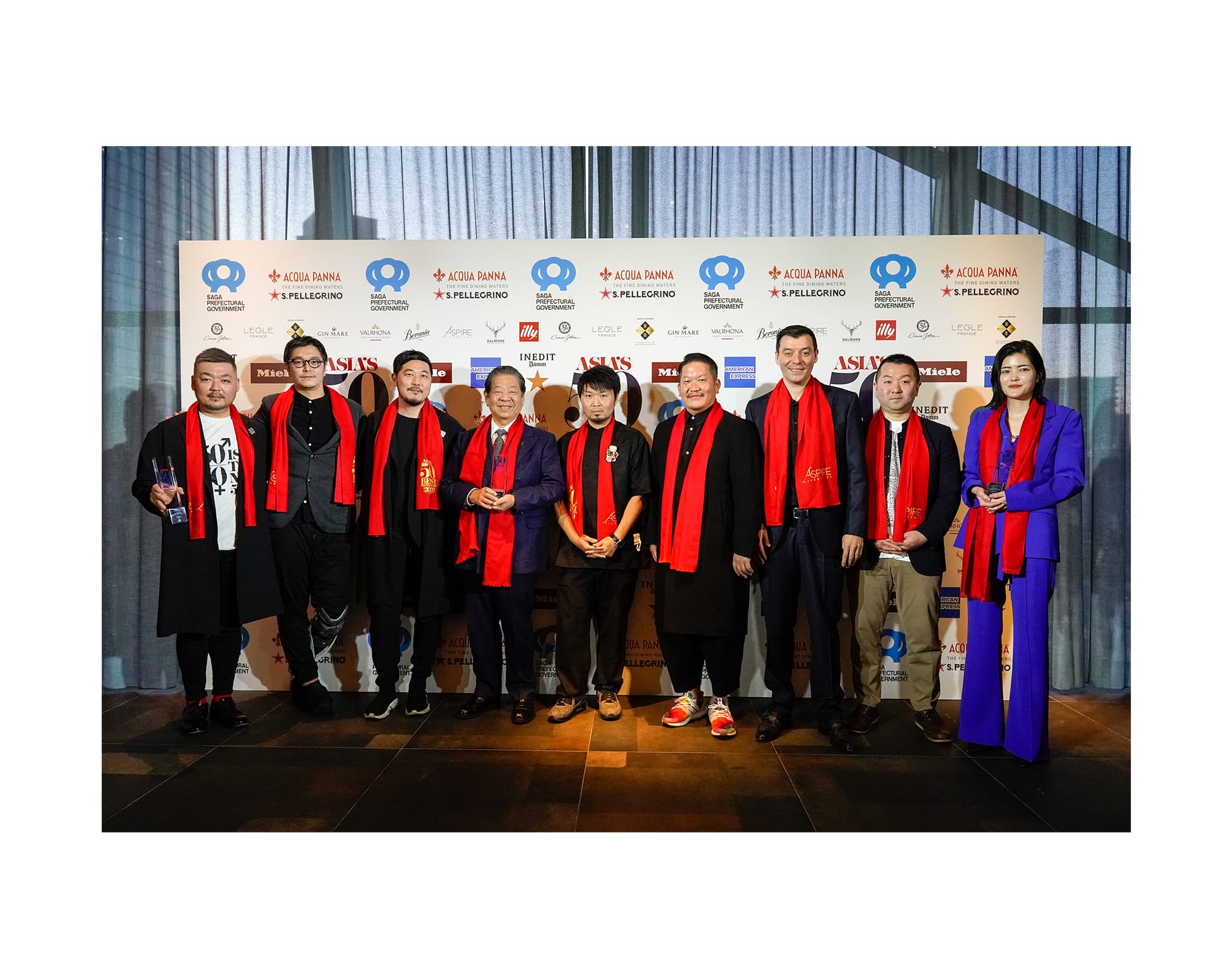 The Restaurant Trends for 2020 is Unraveled by Takanori Nakamura, Chairman of the Japan Council of the World’s 50 Best Restaurants.

This year, 12 Japanese restaurants were included in the rankings, making the country to have the largest number of ranked restaurants in Asia. Although the ceremony was on full alert against the coronavirus outbreak, the awarded Japanese chefs expressed joyfulness and proudness when receiving their glory.

Asia’s largest culinary competition where chefs represent their countries and compete through their culinary expression.

What makes this competition unique is that it allows the people to see the “most real present” of the restaurant industry. The awarding ceremony is often referred to as the “Academy awards of the fine dining world” or the “Oscars of gastronomy”. But when seeing how the chefs and staffs are working together as a team to pursue their ideal dining experience for their guests using every skills and techniques to realize the beauty of their dishes, the event may be also referred to as the “Fashion week of Food”. Every year, the world-renowned chefs, food journalists and influencers gather to the ceremony from across Asia, just like how people gather to the fashion weeks in Paris and New York.

However, due to the impact of the coronavirus outbreak that has swept the world, this year’s awarding ceremony became a much calmer event than the past dazzling ceremonies. The original plan of the awarding ceremony was rearranged as a virtual event via live stream across Asia, and the results were announced by the England committee of the World’s 50 Best Restaurants.

Usually, much more than a thousand people will gather to the ceremony with excitement and enthusiasm to hear the announcement of the top 50 restaurants. This year, the ceremony was planned to be held in Japan for the first time in history of the competition. Considering the non-stopping spread of the coronavirus, difficult deliberations were made between the organizers, staffs and sponsors to decide on how to announce the results until the last minute. As a result, the ceremony which was planned to be held in Saga Prefecture was rearranged as a virtual event via live stream for the first time in the competition’s history. Before sharing any further thoughts of the ranking results, these were the background that lead to the virtual event. 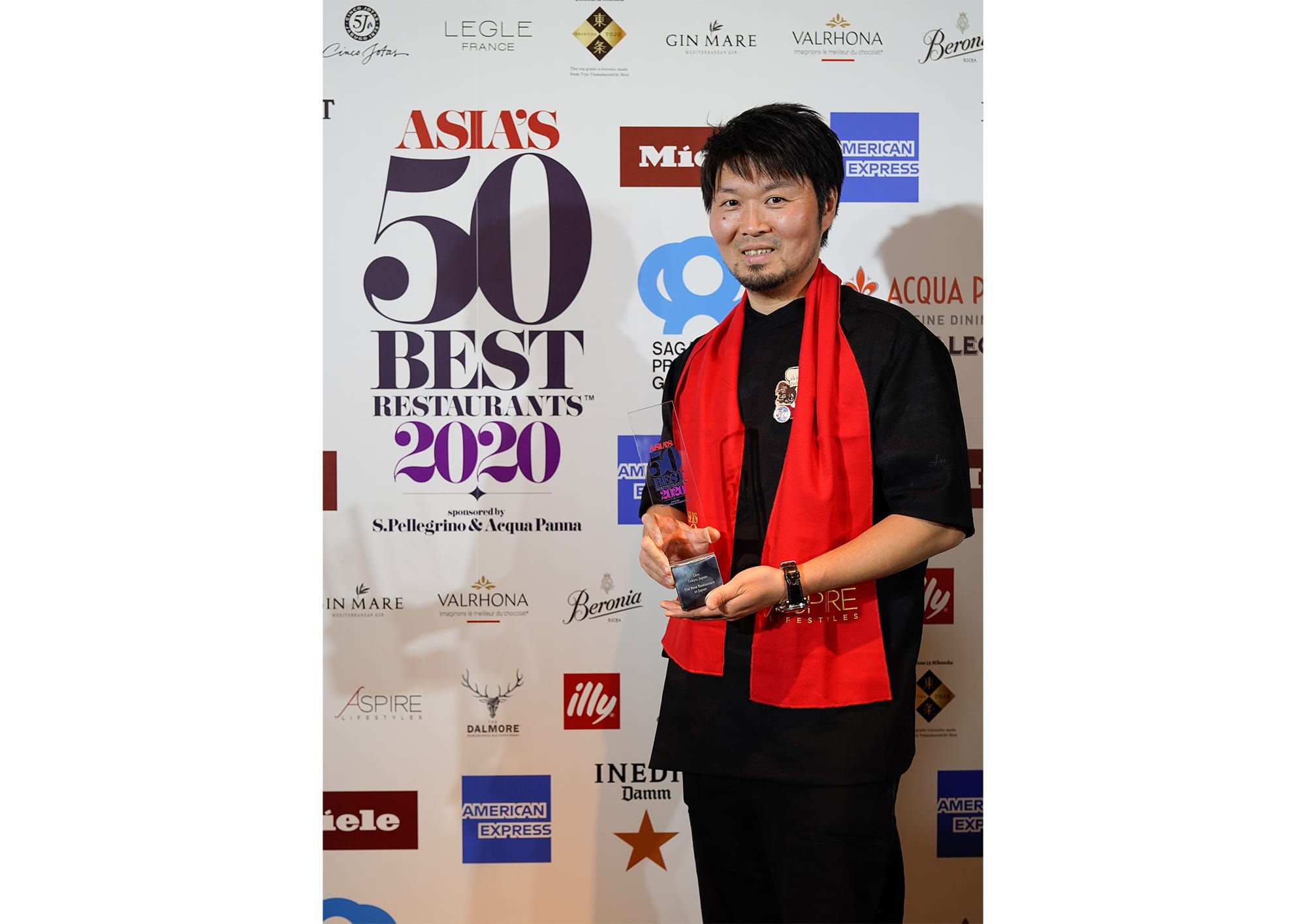 Zaiyu Hasegawa, the head chef of Den was awarded the title of Japan’s Best Restaurant for three years in a row. On the stage, before addressing any words of joy, Hasegawa said, “I pray that the chefs around the world will be in a better situation as soon as possible”.

The 12 Japanese restaurants that made an achievement that no other countries couldn’t.

Takanori Nakamura, the chairman of the Japan council of the World’s 50 Best Restaurants said, “Seeing the results of 2020, the efforts of the Japanese restaurants were remarkable. Having 12 ranked restaurants from one country makes Japan to be the country with the highest number of ranked restaurants in Asia”. Singapore’s Odette ranked as first place for two years in a row and Hong Kong’s The Chairman has jumped up to second place from last year’s 11th place. Same as last year, Den came into third place and continued to keep its place at first place in Japan for three straight years. In addition, three more restaurants ranked into the top 10 from Japan creating an extraordinary result for the country. The restaurants were Tokyo’s Florilège (7th place) and Narisawa (9th place) and Osaka’s La Cime (10th place).

At the same time, it is difficult not to see what’s happening in other countries. The rankings clearly shows the current food trends of Asia and it is interesting to see the drastic changes that had occurred just within a year, such as the rising of young chefs and the situation in Hong Kong and Macau where the new and old restaurants have replaced one another. 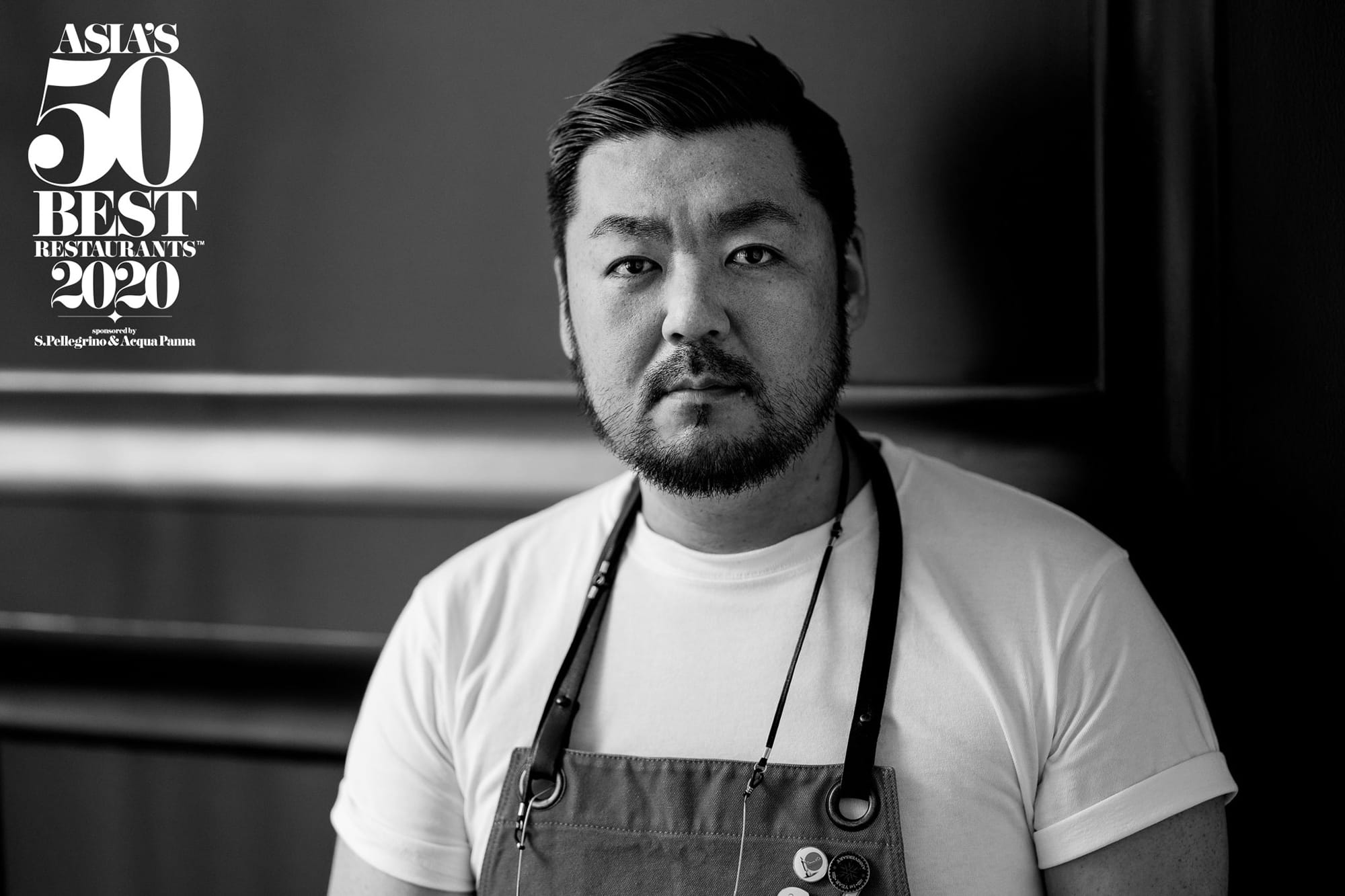 La Cime was ranked as 17th place in 2018, the restaurant climbed up to become 14th place the following year, and this year the restaurant has reached 10th place. Yusuke Takada, head chef of La Cime, said, “The Chefs’ Choice Award is a proof that my chef peers have supported me. This makes me even happier than the result of the rankings”.

It is also important to touch on how the Japanese chefs stood out in the category awards. Yoshihiro Murata, chef of Kikunoi, a Japanese restaurant in Kyoto praised by many chefs was awarded the American Express Icon Award for his devotion to the culinary world for introducing the fascination of traditional Japanese cuisine and especially the “dashi” to the world. Yusuke Takada from Osaka’s La Cime was awarded the Inedit Damm Chefs’ Choice Award for gathering the most votes from the chef peers.

Nakamura praises for finally having a female chef in Japan to be awarded, being 18 years later than the other countries. “Ms. Natsuko Shoji from Tokyo’s été have finally received an outstanding award. The Asia’s Best Pastry Chef Award sponsored by Valrhona is an award which is given to the most talented pastry chef in Asia. While she is known for her signature fruit cakes, she is also a restaurant chef. She might be ranked as the first female chef in Japan as well. I am looking forward to that day very much,” said Nakamura. 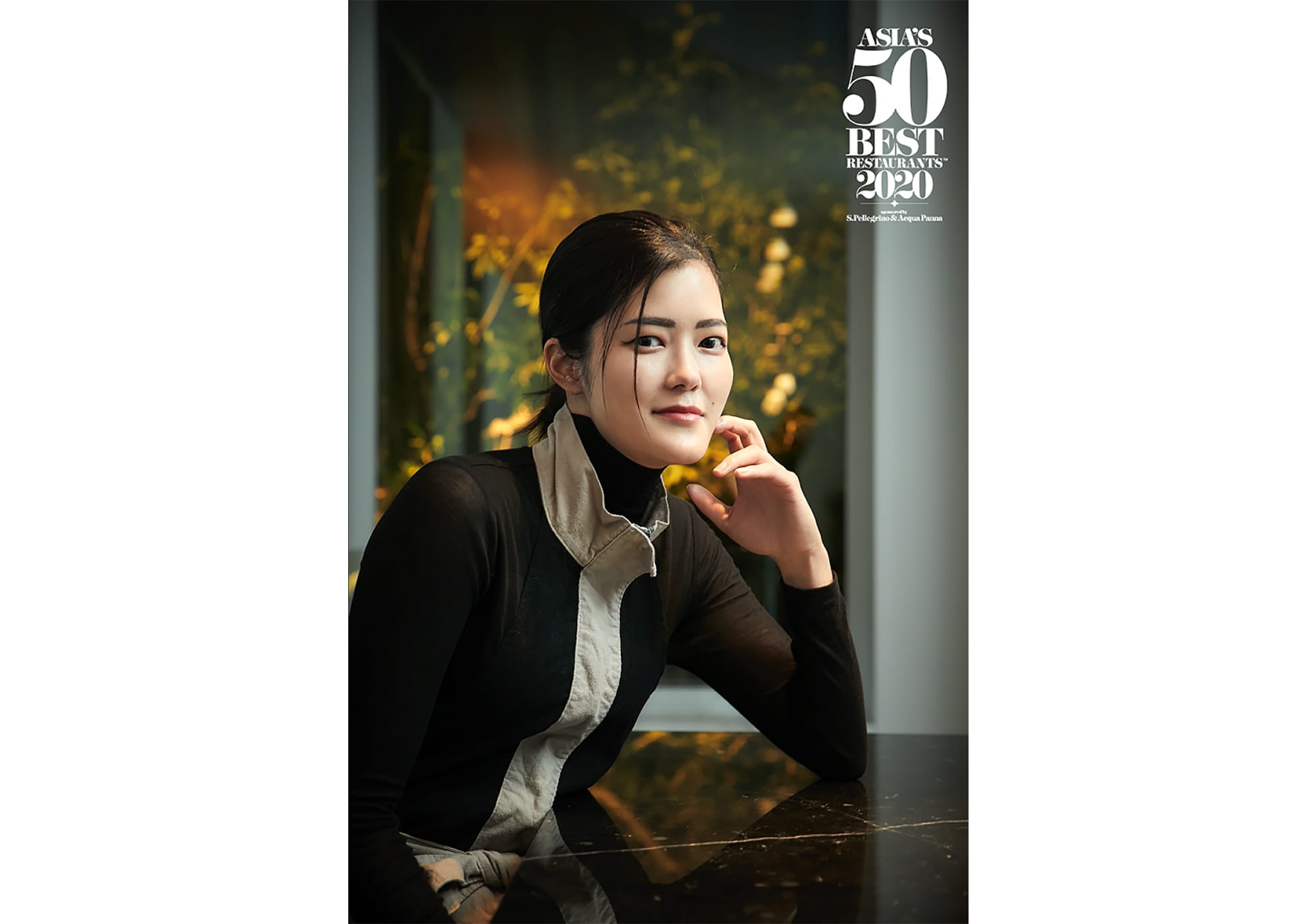 Chef Natsuko Shoji was awarded the Asia’s Best Pastry Chef. Originally, her restaurant was only open for guests with invitation, but the restaurant has moved to another location and opened its door to the public in the end of 2019, allowing more guests to be able to enjoy the gastronomic experience.

Wishing for the day when restaurants can return to their normal days.

Even though it seems as if Japan can be proud of their restaurants from the results in general, Nakamura isn’t fully satisfied with the results. “I sincerely praise the chefs who have made remarkable results, but to be honest, I am also frustrated that a Japanese restaurant wasn’t ranked at first place. I think that the people who love to dine at Japanese restaurants feel the same way. At the same time, I hope people understand that the current result is also due to Japan being a major restaurant country. Since the country holds a great number of extraordinary restaurants compared to other countries, the votes are often scattered into several restaurants. Whereas in other cities, gastronomy doesn’t exist in large numbers like in Japan, most people tend to visit the limited restaurants known in that city. These backgrounds also effect the results. It may be an enviable problem of a country with high gastronomic culture,” said Nakamura.

The Asia’s Best 50 Restaurants 2020 went through many challenges, but the ranked chefs and foodies around the world must have been also shocked to see the current situation of the restaurant industry that is beyond the imagination. When Hiroyasu Kawate from Florilège was announced as seventh place, he was asked to comment, he said the following words which speaks for the many chefs around the world.

“The happiest thing for us chefs is to cook, and to have our guests to taste it and become happy. Many of my chef peers who are working abroad are forced to close their restaurants and we don’t know if the same might happen in Japan. I strongly wish that everyone’s life will be back to normal so that we can cook as we used to”.

Born in Hayama, Kanagawa Prefecture. Nakamura’s activities range from magazines, newspaper to television in areas around fashion, culture, gourmet, travel, hotels and luxurious life. He received the title of Chevalier in Champagne, France in 2007 and in Cava, Spain in 2010. From 2013, Nakamura serves as Chairman of the Japan Council of the World’s 50 Best Restaurants. He is a holder of Kendo Kyoshi 7-dan and he is also a professor at Dai-Nihon Chado Gakkai. His books include, “The Cigar Life,” co-written by Mamoru Hiromi and Takanori Nakamura (Ohta Publications) and “Meiten Reshipi-no Junrei-shugyo Tsukutte Wakatta Ano-ajino Himitsu (Pilgrimage training of famous restaurant recipes The secret of that taste, found upon making it)” (Sekaibunkasha).

Text by Mayuko Yamaguchi
Photography by © The World's 50 Best Restaurants 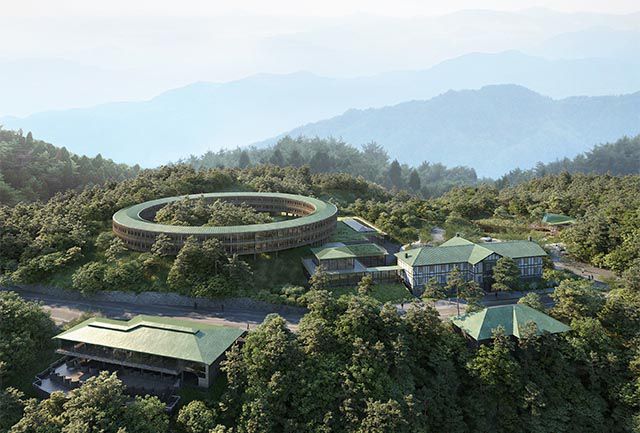 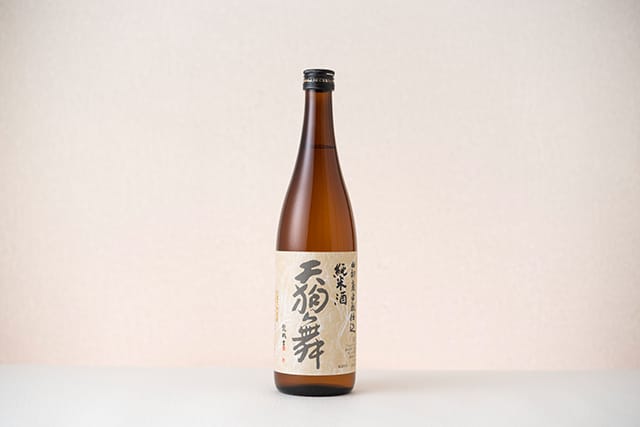 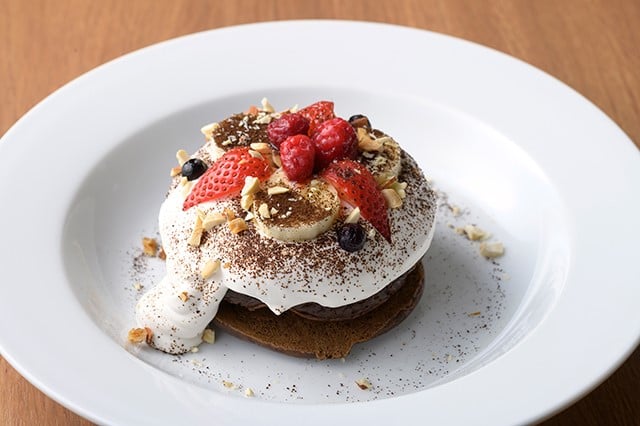 Halal／Ko-so Cafe Biorise, The Cafe Where People Gather for Koso